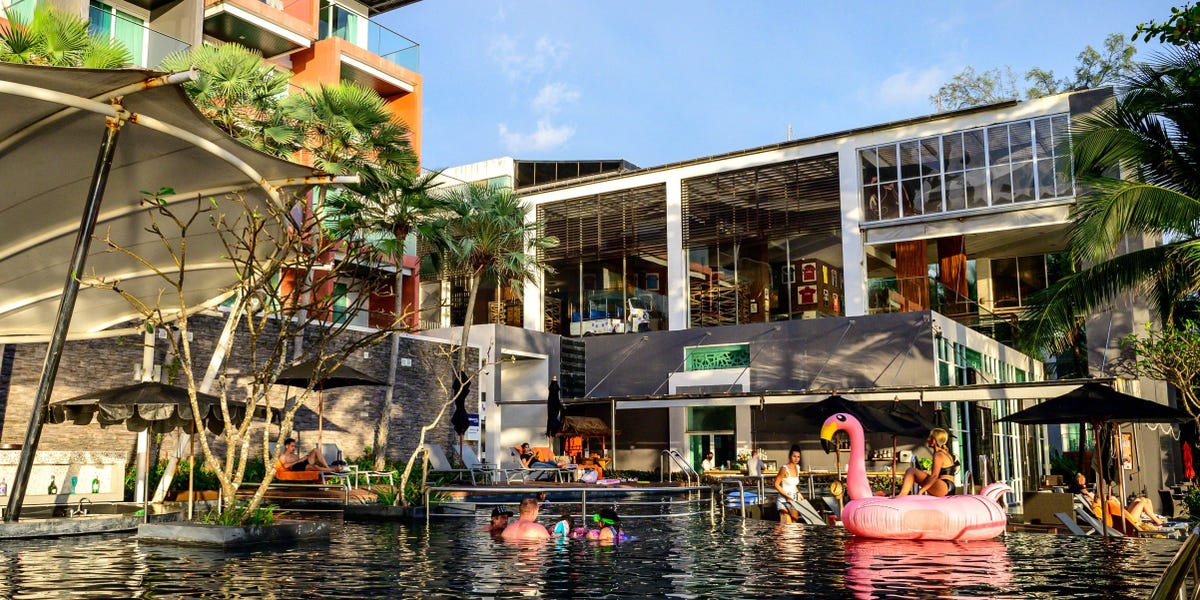 The Village Coconut Island Beach Resort, a five-star hotel on the Thai island of Phuket, is located on a private beach. In online reviews, guests rave about its location and staff. It has two swimming pools, a spa, and a “very good” rating from nearly 1,500 visitors. And right now its prices have gone from $336 a night before the pandemic to $186 a night.

With price drops like these, hotels are making an obvious game of attracting travelers now that Thailand has relaxed its border restrictions. But what they also do is eat away at the market share of mid-tier hotels. Consider the Holiday Inn Resort Phuket, a four-star hotel with a “fabulous” rating currently priced at $134 a night, or the Four Points by Sheraton and its undiscounted price of $149 a night.

With prices like these, why would anyone pay more – or the same amount – for a lower rated hotel?

A January 2021 Statista survey looked at the effect of the pandemic on Thai hotels, split into four categories: budget, midrange, upscale and luxury. The survey looked at hotels in 20 Thai provinces, including Bangkok, Phuket and Chiang Mai.

It turns out that only 2.5% of Thai luxury hotels have been badly affected by the pandemic. By comparison, 29.4% of mid-range hotels – the highest of any group – were severely affected.

Today, as Thailand welcomes visitors again, some, but not all, of the hospitality industry is in recovery mode – and medium-sized establishments again fall on the wrong side of the curve. In addition to five-star hotels lowering their prices to compete with four-star hotel fees, what also works against four-star hotels is that pent-up demand causes some people to spend more on their vacations.

“I hate the word ‘revenge trip,’ but there’s pent-up demand, so people tend to spend a little more,” Bill Barnett, founder and CEO of hospitality consultancy C9 Hotelworks, told Insider. , based in Phuket.

“They lack distinction,” Barnett said of four-star hotels. “They’re not sitting on prime land, they’re not by the sea, so people say, ‘Why would I want to stay there? “”

It also depends on the number of bedrooms. A quick search of Booking.com shows that Phuket, one of Thailand’s top tourist destinations, has nearly six times as many mid-range hotels as luxury hotels. “They have too many bedrooms,” Barnett said of the mid-tier.

But what’s bad news for hotels could be good news for travelers.

“It’s a strange phenomenon,” Barnett said. “Because if a five-star becomes the price of a four-star, then people will say, ‘Why should I book a four-star?'”

This turned out to be the case with Lauren Wedge, a logistics and import professional from the UK, and her partner.

The couple recently traveled to Phuket for a friend’s wedding and stayed at Amari Phuket, a five-star beachfront resort.

“Amari had amazing sea views with the balconies looking right out onto their little beach,” she said of their decision to book a stay at the upscale resort, where a night currently costs $247. “There was also a bargain available.”

“My partner has never really experienced five-star hotels before, so he was really blown away by the whole experience,” she continued.

“On vacations that we have been on as a couple, we tend to stay in small mid-range hotels with few facilities, or rent an apartment, so it was a new experience for us as a couple and one we would definitely like to repeat after our wonderful experience at Amari,” added Wedge.

As to what the market implications will be if five-star hotels continue to assume four-star prices, Barnett was candid.

“Dominos,” he said. “The guys in the middle who have the most hotel rooms, they’re screwed.”