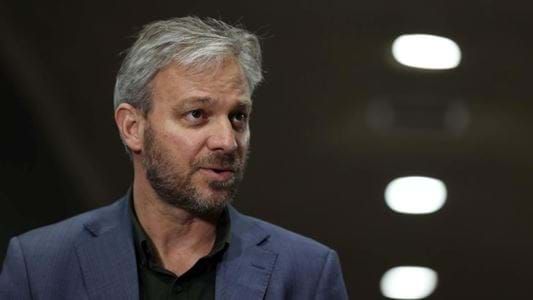 Victoria reported another 34 COVID-related deaths on Tuesday as the number of hospitalized patients continues its downward trajectory.

The number of Victorians in hospital stands at 851, down from 873 in Monday’s statistics.

106 of these patients are in intensive care and 30 of them are currently using ventilation systems.

Just over 11,000 cases have been reported by the Department of Health.

The total number of active cases statewide fell to 72,710, down nearly 4,000 from the previous day.

However, Sutton revealed on Monday that he had no say in the health decision, revealing that the state government had not followed CHO’s advice.

Sutton said the number of hospitals was likely to peak, while the health minister Martin Foley said the healthcare system is still struggling in a high-pressure environment.

Opposition Minister of Health Georgie Crozier said Code Brown statement and why it is still in place.

“There are tens of thousands of Victorians waiting for their surgery [who] are desperate to have this essential surgery,” said Mr. Crozier.

“It’s vital to their well-being, and why are we still in this Code Brown?”

Code Brown was released two weeks ago, following reports from health authorities about the need to open more hospital beds and transfer patients with less serious illnesses to other sites.

Get the latest breaking news from SCA newsrooms across Australia. Short, simple and all you need to know.

Download LiSTNR and enjoy a new audio world. All your favorite shows and stations in one library.