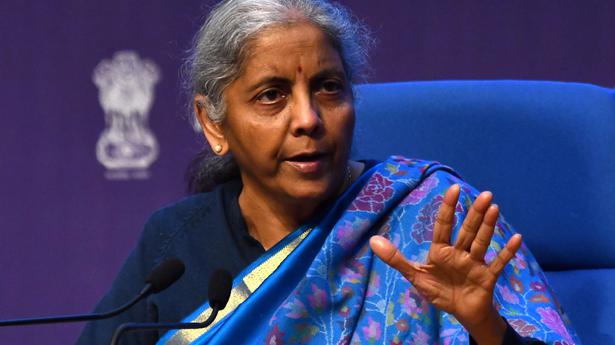 Towards a single, low tax system

In December 2018, the late Finance Minister Arun Jaitley announced that the 28% GST band, which he called the “dying band”, would be phased out, except for luxury items. India, he said, would ultimately only have two bands: 5% and a standard rate between 12% and 18% (excluding exempt items). Tragically, he died less than a year before fulfilling his promises.

Simplicity is not easy to achieve. Great sages, artists and designers preached simplicity. It was the mantra of Henry David Thoreau, which influenced Mahatma Gandhi.

The introduction of a uniform GST was a watershed moment in India since the country’s previous regime of taxes and levies, both in the Center and in the States, was a major impediment to free trade and economic growth and was a cesspool of corruption.


However, the GST remains a complicated tax regime with different slabs. It is not easy to understand or follow, and is open to interpretation, harassment, and avoidable litigation. To simplify, finance ministry officials should be reminded of KISS.

KISS (Keep It Simple, Stupid) is a well-known acronym and an accepted credo in business. Attributed to Lockheed aeronautical engineer Kelly Johnson, it was intended to urge engineers to keep aircraft design so simple that even a stupid person would be able to repair the plane with ordinary tools in the combat field.

Bureaucracy, all over the world, is generally unaware of the KISS principle. An Amazon advertisement boasts of selling over a crore of different products, in addition to a myriad of services. More categories are added every day. In this context, asking bureaucrats to identify and categorize all goods and services for differential tax brackets in the GST system is the surest way to get into confusion.

The empirical evidence from around the world on the benefits of a single unified tax is indisputable. Thus, an unambiguous directive to the bureaucracy is needed from the ruling dispensation to arrive at only two categories: goods eligible for zero tax and goods that will fall under a single rate, say 10% or 12%. This means that everything except those specifically exempt is taxed.

This requires bold and clear reformist thinking at the political level. Imposing a high GST in certain regions does not make sense. ‘Sin’ taxes, for example, run counter to the government’s policy of generating growth and creating jobs through ‘Make in India’. A typical five-star hotel with 300 rooms generates direct employment for around 500 people, 90% of whom are waiters, housekeepers, receptionists, security and concierge staff, in addition to cooks, finance and office staff. . There are a host of other employees in associated services such as the spa, gift shops and pool. The hotel also generates indirect jobs in related areas: it buys bed linen, furnishings, rugs and carpets, air conditioners, cutlery, household appliances and furniture, and consumes huge quantities of food products. All of these generate jobs and income for farmers, building contractors, artisans and other manufacturers. Five-star hotels also generate foreign currency by attracting wealthy tourists and visitors. It is therefore unwise to tax these hotels to death.

Likewise, high taxes on air conditioners, air-conditioned restaurants, chocolates and luxury cars create an economic ripple effect downstream, in a complex web of firms that have symbiotic relationships. The effect eventually reaches the bottom of the employment pyramid.

The plan must be to figure out how to get the economy going again by getting the wealthy and the upper middle class to spend and getting more people up the value chain to buy more chocolates, air conditioners and automobiles, instead of designing a tax system that keeps these products out of reach of the new class of consumers.

Instead, the current regime is simply confusing. In an Iyengar bakery, the GST on the bread is zero, but the vegetable sandwich is in the 5% tax bracket, hitting the gardener directly. The GST on buns is zero, but buns with a few raisins fall into the 5% bracket. The GST on masala, murukku and namkeen peanuts is 12%. And the GST on cakes and chocolates is 18%. The same illogicality applies to taxes on wine, rum and beer, which generate large-scale jobs and are the backbone of grape and sugar cane farming and the beer industry. cocoa. The ancient art of village toddy tapping, a major job generator and income booster in rural areas, has been killed off by thoughtless politicians and bureaucrats and replaced with foreign alcohol made in India. Imagine killing the wine industry in France? It would be sacrilege.

In the automotive sector, the GST on electric cars, tractors, cycles, bicycles, low-end and luxury cars ranges from 5% to 50%. The sale of automobiles is the barometer of an economy.

The confusion gave rise to several disputes. ID Fresh Food, for example, which makes ready-to-eat foods like chapatis, rotis, parotas and sells various types of idli and dosa paste, appealed a TPS ruling by the Rulings Authority anticipated (Karnataka bench). The decision called for a distinction between rotis and parotas and subjected parotas to a higher GST rate of 18% since the food did not fall into the category of “khakhra, plain chapati or roti” (which fall rate of 5% slab) and had to be transformed or heated for later consumption. Can a country aspire to be a $5 trillion economy if its taxmen turn into gourmet chefs and get bogged down trying to find the differences between different types of food made with dough?

Then there are items that are GST exempt. Gasoline, diesel and jet fuel are not subject to GST, but are subject to central excise and state taxes. Central excise duties and various state taxes contribute over 50% of the retail price of gasoline and diesel, probably the highest in the world except for the banana republics. There is mistrust between the states and the Center over revenue sharing. There is also anger at the Center for flouting state autonomy and ignoring the federal structure of the Constitution. Opposition-led states are pointing the finger at Prime Minister Narendra Modi, who ironically accused the United Progressive Alliance regime of trampling on states’ rights while he was chief minister of Gujarat.

Use the KISS principle


The low-cost airline model is successful thanks to the KISS principle. All frills such as food, gifts, and assigned seating are removed. Single class seats, point-to-point travel without code sharing, direct booking on the Internet, without intermediaries. etc supported this model. This is a self-service Udupi hotel in the sky.

The finance minister should take a cue from the prime minister, who hinted at major reforms in the wake of COVID-19, and remove all the confusing tax slabs in one fell swoop. It can then usher in a truly unique tax regime with a list of exempt items. This will ensure compliance, widen the tax net, improve the ease of doing business, boost the economy, create jobs, increase tax revenue and reduce corruption as many countries are witnessing – a move that will be both populist and well regarded by economists.

GR Gopinath is the founder of Air Deccan