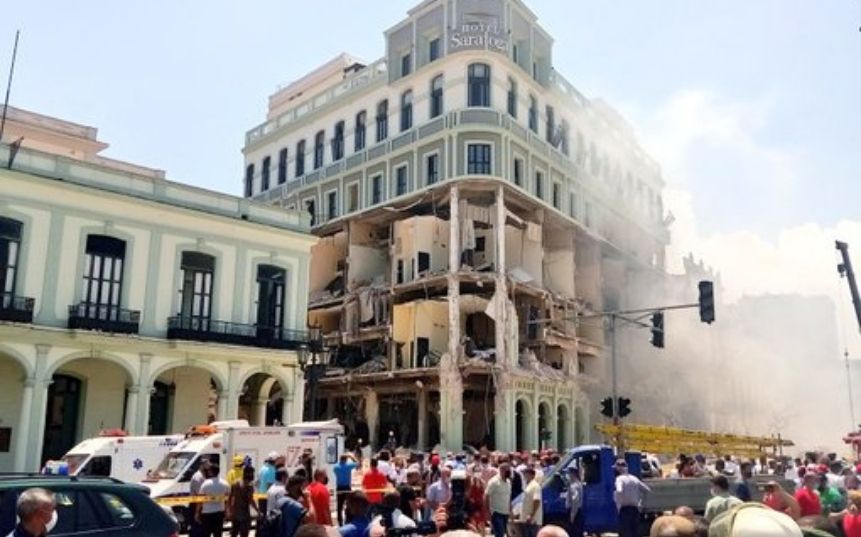 Cubadebate reported that at least 19 people were injured and at least five people were confirmed dead following an explosion at the Saratoga Hotel in Havana on Friday morning.

Alexis Acosta Silva, mayor of Old Havana, reportedly corroborated the incident, explaining that a liquefied gas tank, which is a storage container that holds natural gas liquids, was being installed in the hotel. Reportedly, there was a crack in the supply pipe, which led to the explosion.

Example of a bullet tank (not an actual photo of the tank that would be used by the Saratoga Hotel) (Photo Source: Croft Production Systems, Inc.)

Reports say about six ambulances attended the scene and the injured were taken to nearby clinics and Hermanos Ameijeiras, Calixto García, Manuel Fajardo and Miguel Enríquez hospitals.

Children from a school near the hotel were also evacuated.

Regarding injuries, Calixto García General Surgical Clinical University Hospital, Four patients were in the operating room, two with tibial fractures and two with skull fractures. Eight had to be intubated. A dozen people also appear to be missing or missing.

The area around the hotel is currently closed, with the area of ​​closure being further expanded due to the hazards surrounding the structure.