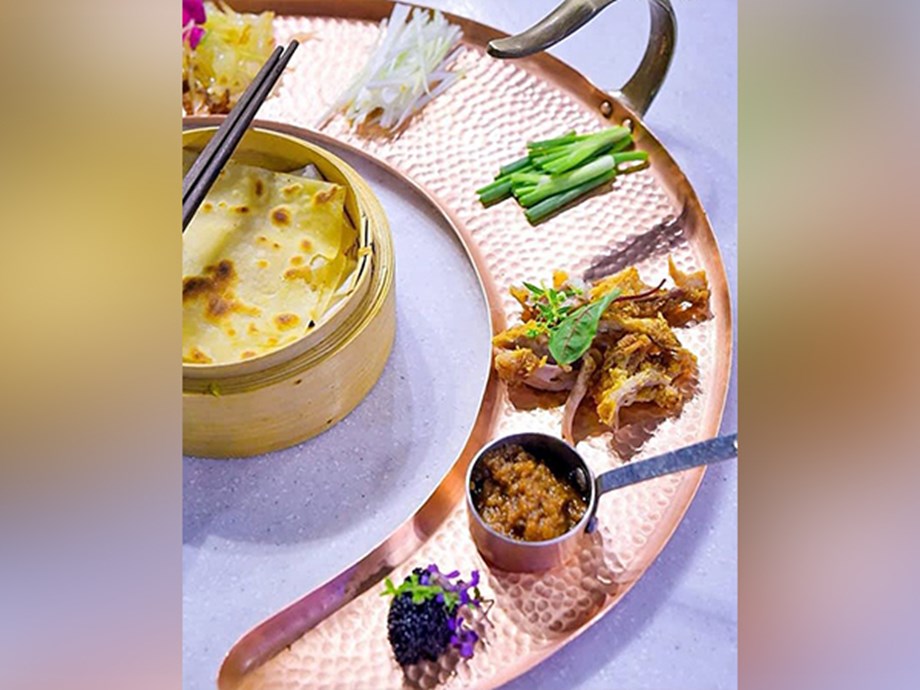 By Pushpesh Pant It was over a decade ago that the words ‘contemporary’ Indian, ‘progressive’ Indian or ‘vanguard’ Indian were first heard. In the field of food, the trendsetter was Manish Malhotra, who opened the doors of his restaurant – the Indian Accent – then based in a small boutique hotel in the capital called The Manor. Indian Accent was promoted by Rohit Khattar, an innovative American-trained restaurateur. Even earlier, he had created a buzz with his unique restaurant ‘Chor Bizarre’ where everything was deliberately and deliciously mismatched.

What Manish unveiled was an incredibly new concept. It was a multi-course tasting menu, a far cry from the traditional Indian thali or pattal which served many dishes, dry or in sauce on the same plate. It took some time for the idea to catch on. Many food critics believed that Manish was trying to disrupt desi cuisine. In less than a decade, the Indian accent had become an unmissable gastronomic destination. The portions were small and there were lots of exotic and traditional ingredients. The presentation was aesthetically pleasing, one might even say enticing, and the wines were paired with love. No one complained that after the meal, the belly and the purse were light. Within ten years, Indian Accent had opened branches in London and New York. Manish never claimed that what he was offering was “progressive” – a word much abused in politics – and no one could accuse him of borrowing from the New French Wave. The focus of his recipes has remained distinctly Indian and the fusion has never been confusing.

Since then, there have been many iterations of this theme. What is avant-garde or contemporary for one generation is quick to pass for the next. This is what happened to the next trend that hit Indian shores. This was the excursion into molecular space which certain Indian chiefs undertook in haste. Foams of all kinds, liquid nitrogen, and blowtorches made those working in the kitchen feel like peers to scientists working in cutting-edge laboratories at home and abroad. This trend never really caught on, as the leaders of 5-star hotel chains weren’t starting a trend, but simply following it. What created alarm was when molecular specialties prepared without proper care not only burned a hole in the client’s pocket, but literally a hole in the stomach. The budding scientists retreated hastily. However, by the time that hiccup was over, new chefs had appeared on the scene to “take Indian cuisine to the next level”. Perhaps the most consistent and inspiring among them is chef Vineet Bhatia, who has received several Michelin stars during his career abroad. He opened a series of famous restaurants in London, Dubai and Saudi Arabia. Her designs stay true to their Indian roots but are more than just tweaked. For example, his green square jalebi.

There are other chefs who have been honored with Michelin stars like Shrijit Gopinath who has always retained his two stars at a San Francisco Bay Area restaurant in the Taj property. Vikas Khanna made headlines for the first time with her restaurant ‘Junoon’ in New York which had the cream of society eating from its hands. What should be emphasized is that most of these chefs seem to have “diluted” the strong flavor of regional Indian specialties, often mixing two currents, to win a loyal clientele that goes beyond the diaspora community. It would be hard to support the claim that they accelerated the evolution of Indian food significantly. One of India’s most interesting and successful contemporary impresarios is Zorawar Kalra, owner of Massive restaurants. Inspired by his father, the legendary Jiggs Kalra, he displayed an incredibly Midas touch. Over the past few years, it has launched a slew of restaurants – the Punjab Grill, Farzi Cafe, Made in Punjab, Masala Library, Papaya Grill – always staying ahead of the curve. Zoravar is on the side of safe and sensible molecular interventions in Indian cuisine and improving the skills of cooks by equipping them with the latest gadgets and gizmos. Its various outlets cater to different clienteles, from millennials on a budget to those with unlimited spending accounts. Many of its restaurants operate in India and have had a filter effect on emerging trends in tier two cities.

It seems that in the context of the contemporary Indian, one tendency subsides and the other immediately arises to allow diners to ride the wave. The wave that is rising at the moment seems to be one that is rediscovering ancient cereals, foraged foods, forgotten, almost lost family recipes, recovered from regional directories. Of course, chefs have learned a lot from the pioneers who came before them. They present their creations with panache and the plate resembles the canvas painted by an abstract artist. They are sensitive to the health concerns of younger generations as well as fads like veganism. Nishant Choubey is one such chef who has wowed his guests in places as far afield as Bangkok, Dubai, Mauritius and the United States. He presented some very interesting dishes in the Michelin-plated Indus in Bangkok and won the prestigious Iron Chef competition there. These accomplishments and accolades were a tough act to follow in Bangkok where, at one point, Gaggan reigned supreme. However, what Gaggan served was his interpretation of the Pan-Asian and not necessarily the identifiable Indian. His restaurant had a months-long waiting list that continues to attract fun-loving tourists with things like licking your plate.

It is difficult to predict the future of progressive-contemporary or avant-garde Indian cuisine. At present, except for the work of Zoravar Kalra and Nishant Choubey, other creations are largely confined to expensive luxury restaurants. The other difficulty is that many exciting creations by talented chefs, such as Manu Chandra’s Coorgi Pandi (pork) Curry with Levantine Pita or a Chocolate Bombe with the dizzying Old Monk, are unlikely to find a mass market and contribute to the evolution of pork dishes. in the subcontinent. Taboos about food and drink are hard to break. Siddu stuffed with an innovative filling or paneer braised with tandoori pineapple, millet pulav with rista on the other hand, can become aspirations and soon find themselves on the tables of more affordable restaurants.

Disclaimer: The views expressed in the above article are those of the author and do not reflect those of ANI. (ANI)

(This story has not been edited by the Devdiscourse team and is auto-generated from a syndicated feed.)