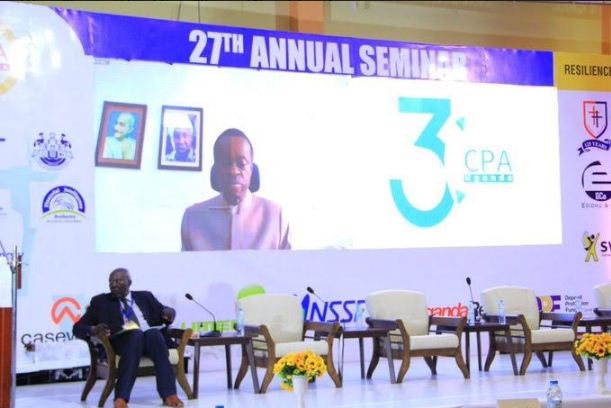 During his online presentation at the 27th Annual ICPAU Seminar which drew thousands of accountants and educators to the Imperial Resort Beach Hotel in Entebbe, Lumumba said Africa will only be liberated from colonialists if countries learn to rely on their own economic systems.

“We produce what we do not consume and consume what we cannot produce. We need to decolonize our economic system,” Lumumba said.

On the topic of the day: Decolonizing the Mind, PLO Lumumba, emphasized the need for Africa not only to decolonize the economic systems but also the political systems in the region which he said if not facts, will not only impact the first generation but create lasting problems. .

“Colonization is more than physical. It is also cultural and psychological in determining which knowledge is privileged. In this, colonization not only impacts the first colonized generation, but creates lasting problems. Christian and Islamic practices stand on their own, as does traditional African culture. None should be criminalized because everything means the same thing in different aspects. We need to start questioning our religions of Jesus Christ and Islam in relation to our African culture. We cannot criminalize the positive aspects of our legacies,” Lumumba said.

Lumumba further stated that when it comes to African professions, Africans speak highly of foreign jobs and underestimate local versions.

“Musoke & Co Accountants are struggling to get tenders in the same field as John & Co of England are thriving. Those claiming to be experts on Africa are in many cases not African and so when they write about Africa, they write about it as if it were an object of curiosity,” he added.

Speaking at the seminar, Dr Ben Mugerwa, a senior consultant at the Uganda Management Institute, noted that organizations need to have staff who can be called futuristic, those trying to envision the future of business, industry and economy.

The 3-day event organized under the theme “Resilience in a dynamic environment”, had thematic discussions centered on leadership and entrepreneurship, conflict resolution and global disruption, keeping organizations afloat, among others .