Eric Omondi’s multi-million home would be an Airbnb (Screenshots) –

Eric Omondi’s house in Karen, which cost Ksh 141million, wowed internet users for the awe-inspiring outlook from the inside. The comedian claims that his 14 years of hard work and consistency has sped up his ownership of the lavish house.

“This is what 14 years of consistency, persistence and hard work look like. Welcome to the Official Residence of the PRESIDENT of COMEDY AFRICA. OCTOBER 19, we change everything from here.

There is no doubt that Eric Omondi is one of the highest paid comedians in the country. Especially now that he has decided to work with Wanjigi, it means more money for him.

Omondi previously resided in Kileleshwa before moving to the new multi-million mansion. The comedian further said he had only lived in the mansion for three days when he showed the house to the public.

One fan alleged that Eric’s new home is an Airbnb and not his own. Even if the house has already been labeled with the name of Eric Omondi on the entrance; doubts began to mount as to whether he really had it. 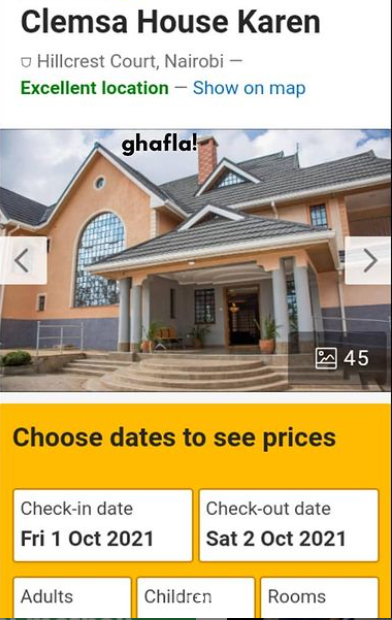 According to Eric, the picturesque house cost him Ksh 141 million. He invited vloggers to check out the 7 bedroom mansion; where he would reside for the next 19 days to plan his strategy to change the country.