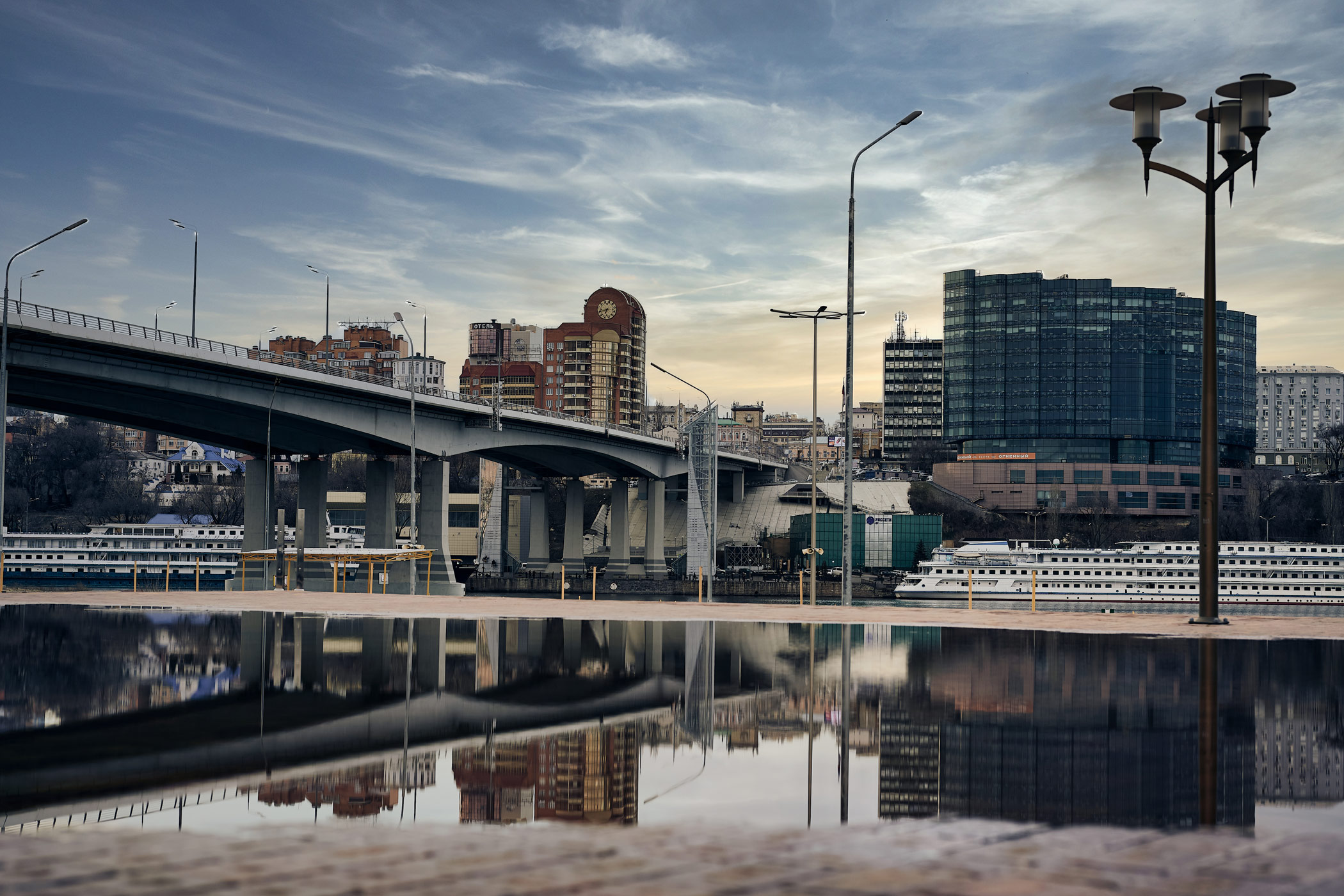 While many Western hotel companies have widely promised a pause in new developments in Russia due to that country’s invasion of neighboring Ukraine, some hotels under these flags have opened recently and others are in the process of being opened. opening.

For franchise companies that have declared they are leaving Russia, untying development relationships can be complicated. The companies recognize that the process takes time, and in many cases the public is unaware of how much control the companies have over a given hotel project.

Darren Blanchard is a hotel operations and development veteran who spoke to HNN as someone who worked for several international operators and independent Russian hotels based in Moscow between 1992 and 2021.

“Before February 24, 2022, pandemic restrictions and lingering geopolitical tensions had already significantly reduced the transient commercial activity from Western Europe and North America, which was once the raison d’être of urban commercial hotels. , especially in Moscow,” he said.

Blanchard noted that he had “actively encouraged hotel businesses to come to Russia” as early as the mid-1990s.

“I was delighted when, in the early 2000s, international hotel groups, including Accor and Radisson SAS, finally opened offices in Moscow,” he said. “I recognize the agony of investing over 20 years in development, all of that will be lost, and when that door closes, they too are unlikely to return. Having spent most of my career for four decades devoted to the development and growth of the Russian hotel market, I understand how difficult it is for hoteliers to let go, but they have to let go. I am proud of what I have achieved with my Russian colleagues from Penta , Renaissance, Holiday Inn and Radisson.

He said he understood after working in Russia for so long how difficult the decision to withdraw from that country really was.

“Yet now those accomplishments count for little or nothing, and I’ve come to realize that hanging on is nothing but toxic. Hotel groups probably already understand this but seem to have a hard time letting go,” added Blanchard. .

Recent reports in Russian media have signaled the opening of new hotels under the Hyatt Hotels Corporation and IHG Hotels & Resorts brands, for example.

One of the recent openings is the Hyatt Regency hotel in Rostov-on-Don, a city in southern Russia.

“The opening of the Hyatt Regency hotel in Rostov-on-Don is an important event both for the inhabitants of the city and for all travelers who love the south of Russia and appreciate traditional southern hospitality” , he said in the article via translation. “Now another address for high-end tourism, large-scale business events and solemn private ceremonies appears on the map of Russia.

In an email statement after HNN asked for confirmation and commented on the company’s plans in Russia, Hyatt officials said they were standing by their promise to withdraw to the country.

“As previously announced, [Hyatt has] discontinued development activities and new investments in Russia, as well as Hyatt’s association, contracts and relationship with Hyatt Regency Moscow Petrovsky Park. Hyatt will also suspend the provision of services under the existing management agreement at Hyatt Regency Sochi, effective 11:59 p.m. local time on April 14, 2022. Guests with questions regarding stays for April 15, 2022 and beyond are encouraged to contact the hotel directly.

“We continue to assess our existing agreements with third-party entities that own Hyatt hotels in Russia, including open and unopened hotels, while adhering to applicable sanctions and government guidelines.”

A previous email from Hyatt also said the Rostov-on-Don hotel was among “existing deals” the company is evaluating.

Western hotel companies face complications in reducing business in Russia, as the industry is built on a web of layered relationships between hotel owners and investors, brands and third-party management companies. In addition to having to avoid Western sanctions in their business operations, hotel companies also face threats from the Russian government if they reduce or close their Russian operations, which could include multi-year bans on returning to the country or the withdrawal by the country of the brand and intellectual property. ownership protections, which could potentially mean the opening of hotels claiming adherence to Western brands even though those companies have formally severed ties.

But those roadblocks are unlikely to do much to reverse a broad outflow of Western hotel companies from Russia, Blanchard said.

“As far as business in Russia is concerned, the damage is done and the point of no return was passed more than a month ago,” he said. “The total destruction of many Ukrainian cities, Ukrainian families and homes, the displacement of more than 10 million Ukrainians and the murders, tortures, rapes, kidnappings and mass graves which are openly characterized as war crimes and genocide by world leaders and human rights groups cannot be reversed or ignored Even if peace can be found, even if tolerable lines can be drawn on a map, the animosity and hatred of this war have fermented, such a peace will satisfy no one, with the incriminations and the need for restitution, regular business with Russia will be incompatible with doing business in Europe and North America.So far, unlike McDonald’s , Coca Cola, Decathlon and Leroy Merlin, hoteliers have managed to fly under the radar of public opinion, but it remains to be seen how long this can last.

The site quoted Fedorischev saying via translation that “although many hotel chains are leaving the Russian market, Holiday Inn confirms its interest in continuing to work in the region. By the summer season, it is planned to open a hotel under this sign.

On April 8, IHG said in a statement on Ukraine that the hotel company had “previously announced the suspension of future investments, development activities and new hotel openings in Russia. We do not intend to to resume any investment or development activity for the foreseeable future.We have also closed our head office in Moscow.

In response to HNN’s emails on April 12, IHG’s communications department sent HNN a statement stating that “IHG-branded hotels in Russia operate under complex long-term management or franchise agreements. term with independent third-party companies that own the hotels. Given the increasing challenges of operating in Russia, we continue to evaluate these contracts and are in discussion with the owners, but this is a complicated process that will take time.

Hotel performance in Russia remains depressed at the start of this year.

Blanchard noted that the ongoing conflict has dashed hopes for urban business travel in major markets like Moscow.

“The war will virtually eliminate this segment for a long time. Those 600+ major global companies and their international employees/guests who suffer huge financial losses to step down, like Ericsson [$95 million]; nokia [$109 million]; VOLVO [$423 million]; JP Morgan [$1 billion]; Societe Generale [$3.3 billion] and shell [approximately $5 billion]will not be back in the Russian Federation without a significant and unlikely change in the geopolitics of Eastern Europe,” he said. which formed the bulk of our hotel occupancy at the Olympic Penta Hotel, Moscow in 1992.”

Beyond hospitality, many American businesses have withdrawn from Russia, including news outlets that have been essentially kicked out of the country.

“Bloomberg and CNN withdrew their reporters from Russia on March 4 for their safety, and the Kremlin called independent media ‘foreign agents,'” Blanchard said. “On [March 22], the Russian State Duma has enacted restrictions on the media according to which so-called false information about all Russian state organs operating abroad is punishable by prison terms of up to 15 years. As a result, most news media no longer report inside Russia. Since 2015, Russia has blacklisted virtually all international NGOs, calling them “undesirable”. Amnesty International and [European Bank for Reconstruction and Development]who supported NGOs and invested €24 [billion] in Russia, have been forced to close in Russia for the past two weeks.”

He noted that this makes the environment for international hotel brands all the more difficult.

“Hotels that once had US or European segments as the backbone of their business will suffer unless they can replace them with domestic and Asian businesses,” he said. “There are already signs that China and India want to fill the trade gaps, but that may not be reflected in the filling of beds in high-end and luxury hotels. You have to wonder what added value brings an American or European hotel brand in such a market?”

“Conversely, with the travel restrictions imposed on Russian citizens due to the war and the pandemic, Russian domestic tourism has never been as lucrative as it is today,” he said. “Russian hoteliers expect 2022 to be their best year ever, with nearly 100% occupancy, an extended summer season and high room rates. A quick view of room rates in July 2022 shows that for seven days for two people, a room-only rate in a standard [100 square-foot room] in July at the Swissôtel Resort Sochi Kamelia already costs more than 3,500 euros ($3,797.25).”

Stephanie Ricca and Sean McCracken contributed to this story.