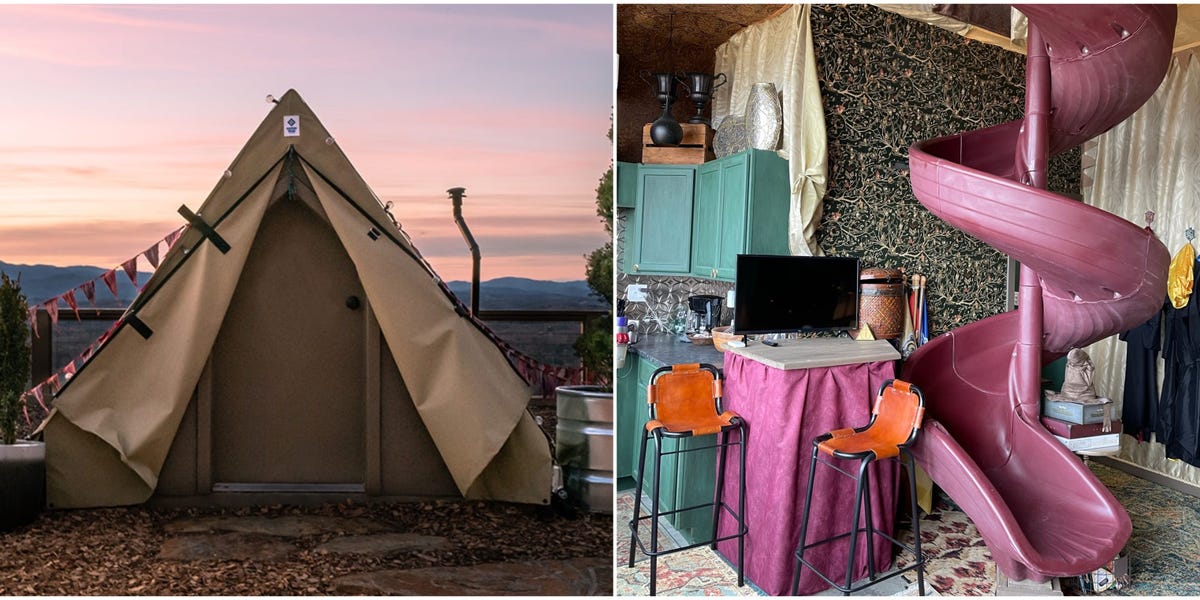 Mike and Caroline Parrish, married for 16 years, own a treetop vacation community near the Blue Ridge Mountains in North Carolina.

The Parrishes launched their company, Treehouses of Serenity, which builds unique travel destinations along the Blue Ridge Mountains in Asheville, North Carolina, in 2016. They’ve built seven properties so far, including whimsical “Wizard’s Hollow” and “The Perch”. it’s an elevated treehouse — on land they didn’t know what to do with initially, they told Insider.

“We were sitting watching ‘Treehouse Masters’ one night and Caroline said, ‘Why don’t we try an Airbnb treehouse because this is Asheville and it’s such a cool little town? ‘” Mike, 65, told Insider.

“We started talking about it in 2015,” Caroline, 45, said. “And at that time the thought was just traditional treehouses, but it evolved from there.”

The couple later appeared on the second season of DIY Network’s “The Treehouse Guys” and built their first treehouse, “Sanctuary.” They completed their newest addition, “Alchemy,” an underground house with a hidden slide, in February.

Major Nashville hotels continue to sell to outside investors