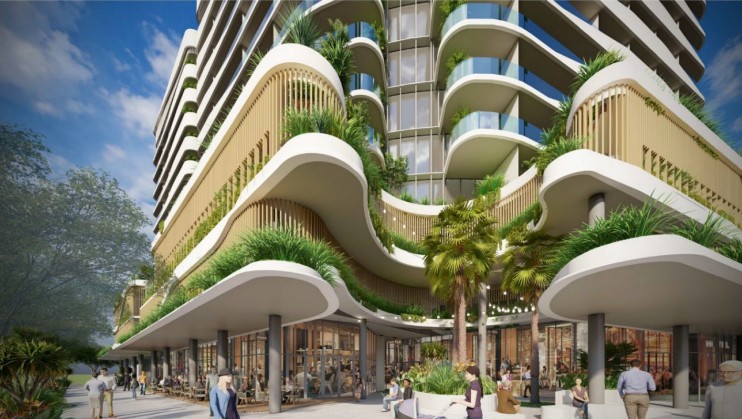 A member of one of Australia’s wealthiest families says he is eagerly awaiting approval for his 4.5-star resort project in Mooloolaba when it comes before council next week.

Kenneth Wagner, of the prominent Wagner family of Toowoomba, has proposed a 13-story hotel with 182 rooms and a rooftop pool and bar that could revive the coastal tourist gem.

The fate of the luxury project, estimated at $50 million, will be decided when it is presented to councilors at next Thursday’s meeting.

A council report recommended that the station continue under certain conditions, such as limiting the height of the building and requiring a minimum of 133 car parks.

Mr. Wagner said Sunny Coast News although he did not wish to comment before the meeting, he was “looking forward to early approval”.

If given the go-ahead, the move would be an important step in a long-running bid to develop the main land block on Brisbane Road.

The new complex is for the site adjacent to the new multi-storey pay and display car park on Brisbane Road at the corner of First Avenue.

The architecturally designed building has been described as a three-tier podium topped by a tower that contains the hotel rooms.

The ground floor of the “podium” would include a public square where people can meet and congregate, as well as a restaurant, bar, café and shops.

The top two floors would contain a hotel and public parking lot with a boundary screen and vertical landscaping.

The rooms and hotel facilities would be housed in the tower from the third to eleventh floors. The third floor would also have a kids’ club, outdoor playground, gym, spa and podium planting.

The 12th floor is where receptions could take place, while the entire building would be topped with a roof including a bar, restaurant, swimming pool, outdoor dining and reception space.

Want to stay up to date with local events? Get stories straight to your inbox by subscribing to our free daily newsfeed. All it takes is your name and email. See SUBSCRIBE at the top of this article

“The hotel is comprised of 13 floors which are mostly 45m in height above ground level, with a roof plant peak detecting a maximum height of 48m above ground level,” said a report by planning consultant Ethos Urban who undertook an independent assessment for the council.

The building was designed to look like “several smaller towers, instead of one continuous bulky structure”, the report says.

The 2998 sqm block was previously owned by the council which was tasked with encouraging the development of a five star resort to revive the heart of Mooloolaba.

It was bought by Mr. Wagner’s company, KPAT Mooloolaba, for $7.2 million in 2020 after a bidding process.

Previously, the entire site – including the half that now houses parking – was a single plot.

The complete block was approved for a major development proposed by the Abacus company, but these plans were abandoned in 2018.

Subsequently, the land was divided in two, one side being dedicated to the new eight-storey car park and the other plot eventually sold to the current developer.

Divisional Councilor Joe Natoli urged his colleagues to “stand firm” and “demand the highest outcome” from the project.

Cr Natoli said he would have preferred to see a full five-star resort there and the council now had the option of raising the current proposal.

“What I’m saying is we can improve this thing,” Cr Natoli said.

“It’s almost there; there are a few things missing. The council must remain firm. »

Cr Natoli raised questions about provisions such as the loading area, the need for a public bus parking area and the provision of easy access public parking.

He said his decision to vote in favor of approving the station would depend on the responses he receives over the coming week.

Cr Natoli originally voted against awarding the tender to KPAT Mooloolaba in 2020 because at the time he had questions about the tender process such as why other candidates offering full 5-star resorts, including a Hilton, have been pushed back.

He said KPAT had received an “incredible deal” and the council should now insist on the best for the community.

“I’m in favor of building a hotel, I just want to make sure the council gets what they want.

“The council should demand the highest result so that the community is better off.”

Mr Wagner said he would not comment publicly on the board’s upcoming decision ahead of the vote.