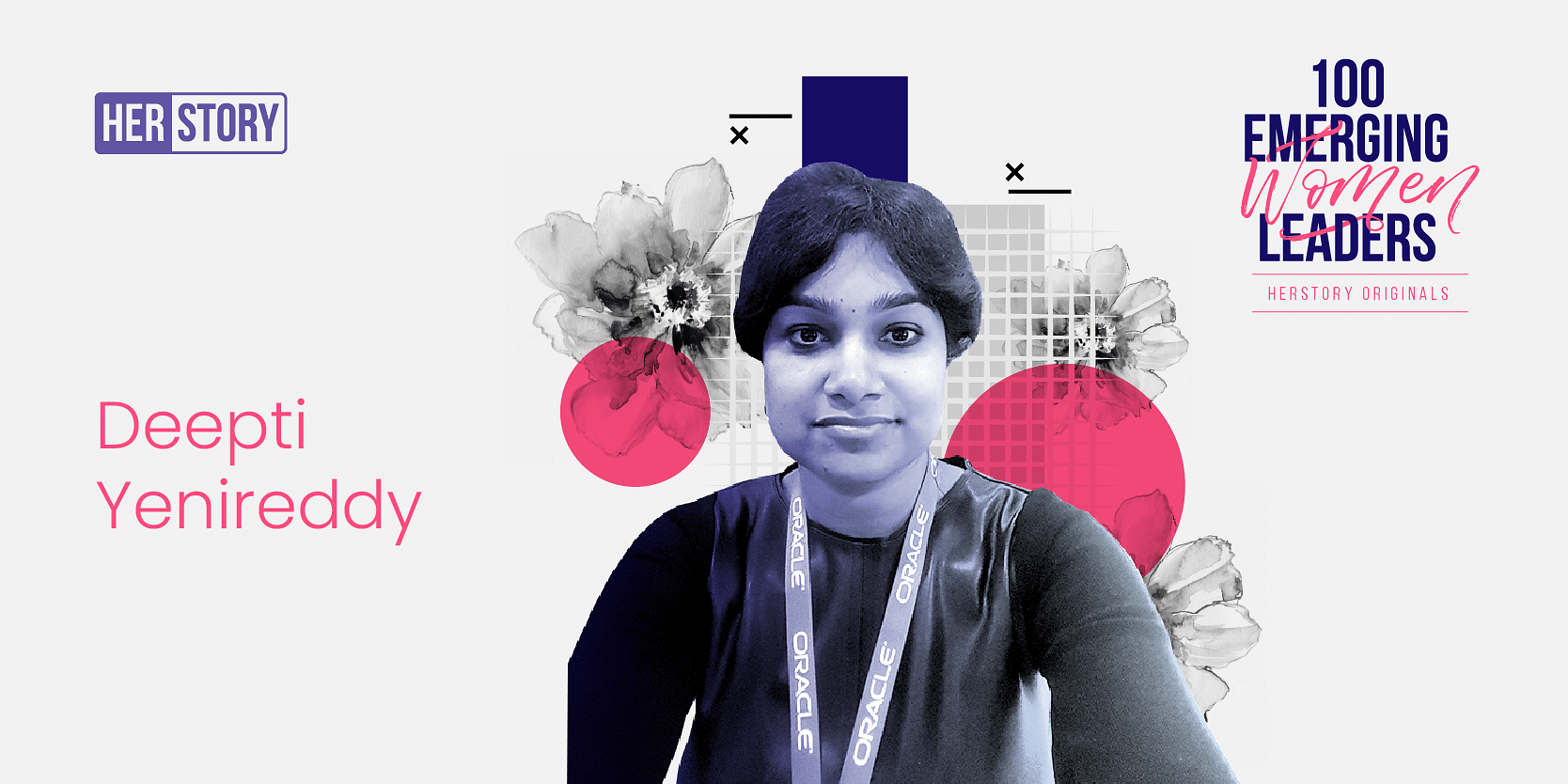 [100 Emerging Women Leaders] From working in the oilfields to starting up, how Deepti Yenireddy found his passion for technology

During his journey of more than a decade, Deepti Yenireddy has found that technology can be a great leveler and be used to solve consumer problems. However, she realized that it can be a task to encourage people to rely on AI and other technologies due to the lack of human interaction.

So, after working in the oilfields in the Middle East, Deepti founded My Ally, an AI talent lifecycle management solution that was acquired by Phenom People, and is now VP, Product, Conversational AI , for San Francisco-based Phenom People.

From tennis to physics

Deepti was born into a middle class family in Hyderabad, to a tennis coach father and a stay-at-home mom. Sport has played an important role in his life.

â€œMy father took us to play tennis every day. I liked the game, but was more interested in the library at NV Stadium. The reason academics were important was because of my parents, who instilled in us early on that education was the greatest equalizer, â€Deepti said. His history.

Deepti developed an interest in physics and science early on. She knew she wanted to do something in math and science rather than medicine, which was her mother’s dream.

â€œI knew the best bet was engineering. I had fallen in love with physics. Even today, I passionately read discoveries in physics, I talk about physics problems with my son and I love to teach it, â€she says.

In 2002, Deepti joined IIT Madras, which she defines as a life-changing experience. â€œEvery day people were building things and doing technical tests. In my first year, I was soldering on my own, and it wasn’t out of a book. I attached a tool to a bicycle to find out how many kilometers it was traveling, to measure the distance, â€she says.

Work in the oil fields

Deepti also worked on desalination and other projects, but decided to find a job in 2006. From 2006 to 2009, she worked in oil companies like Schlumberger and Shell and traveled the oil fields of Bahrain, d ‘Egypt and Scotland. .

â€œI’ve always been one of the few women on teams and learned to build things from scratch. I was managing teams in high pressure situations, with millions of dollars at stake. It was in remote places in India where there were no toilets, no places to sleepâ€¦ I was the only woman, â€she said.

Being the only woman and one of the youngest on the team, she has had to deal with prejudices. â€œIt took a long time even for clients and my own teammates to take me seriously. I had to go the extra mile. I always felt like an impostor and had to work 20 times harder to get them to take me seriously, she recalls. It also meant that she had to develop thicker skin and learn not to take ‘no’ for an answer.

The idea of â€‹â€‹going for it was still in his head.

â€œAs a founder you hear a no every dayâ€¦ you develop thick skin and understand that no one sees what I see. Me, as a woman, I have never been believed, but it allowed me to continue, â€she underlines.

In 2015, Deepti launched My Ally with a friend from IIT Madras. It started as an AI-powered executive assistant who hosted meetings through natural language processing (NLP) and machine learning (ML) – a personal pain point throughout Deepti’s professional life.

This evolved into recruiting point automation solutions, where they focused on how building AI into business scenarios required precision. The AI-powered human resources automation solution raised funds from Storm Ventures, had valley greats like Gokul Rajaram as investors, as well as clients like Booking.com and SAP. In September 2020, it was acquired by Phenom People, a unicorn in the HRtech space.

Today, My Ally automates millions of conversations and delivers more than 70% efficiency gains to customers.

Deepti is now focused on creating strong and responsible technology for Phenom People. She looks at product managers and engineers from two angles.

â€œI think for a product, what’s important to me is extreme empathy towards users. A product manager needs to think from the user’s point of view all over the place, use a data-driven, qualitative approach, and focus on the user, â€she says.

Deepti advises all tech-savvy women to believe in themselves.

“We’re here for a reason, [and should not feel] impostor syndrome where we believe we do not belong. We deserve our place, â€concludes Deepti.